The plan of the compiler is to present, for the first time, a complete list of the Connecticut soldiers in the Pequot War, as given in various compilations of the several authors who have made a special study of the subject in connection with the history of one or more of the three river towns; together with the places from which they are said to have enlisted and the authority for the same. We have not attempted to verify their work, further than to examine carefully the printed Colonial Records of Connecticut for statements as to service in connection with grants of land therefor. For the sake of identification, a brief historical record of each man is given, with references from which further history may be had. In many cases we could have easily enlarged the number of references, but considered it unnecessary to do so. We have, in some cases, cited references that contradict each other as to the history of the men, thus enabling the reader to consider, if desired, these various statements before coming to a conclusion. Parker’s manuscript, hereinafter cited, we believe, has never been published, and its importance will be seen when we state that it gives the names of nine men not included in any other list of those who served in the Pequot War from Connecticut. 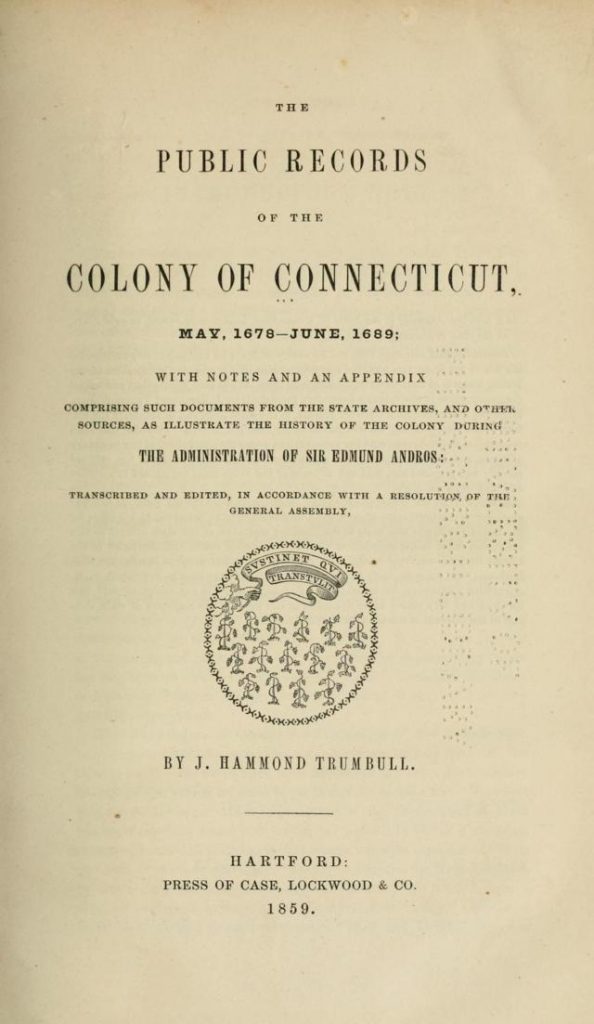 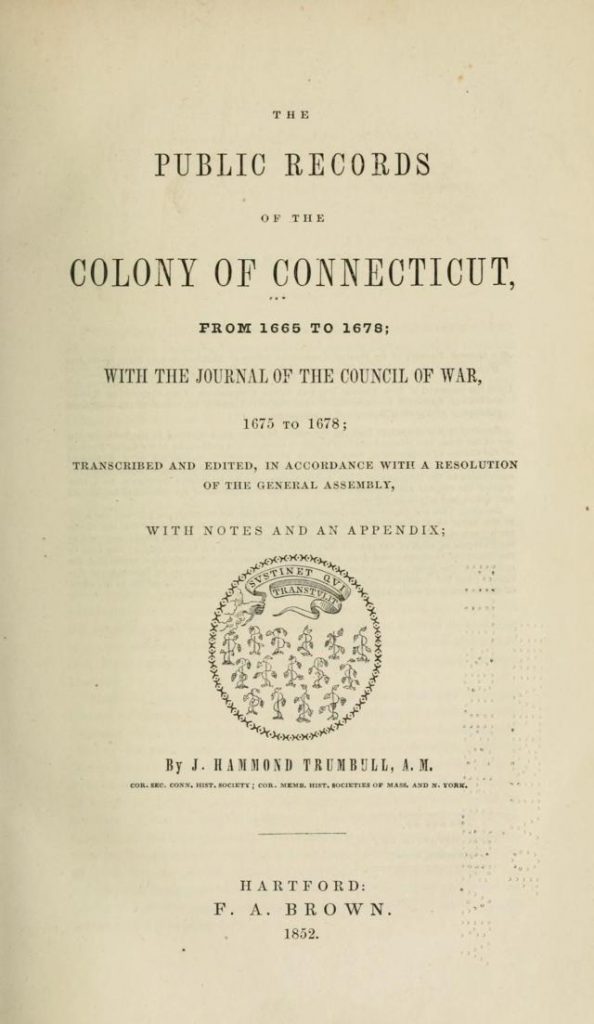 While the Connecticut settlers were busy in clearing fields for tillage, building rude but substantial houses of logs and stones, and opening roads, trouble with the Indians commenced. A band of roving Narragansetts had killed a trader named Oldham, at Block Island. Oldham belonged to Watertown, Mass., and that colony took steps to punish the …

On the 26th of July, 1637, there arrived at Boston the most opulent company that had thus far emigrated from England. Every possible inducement was offered to keep them in Massachusetts, but they decided to found a distinct colony. Having learned of the beauty of the country lying west of the mouth of the Connecticut …

Soon after Henry Hudson explored the beautiful river that bears his name, Adrian Block, another Dutch navigator, followed him on a trading voyage. He had loaded his ship with bear-skins, and was about to sail homeward, when the vessel caught fire, and he was compelled to land on the island where the city of New …

The Indians Of Connecticut Read More »